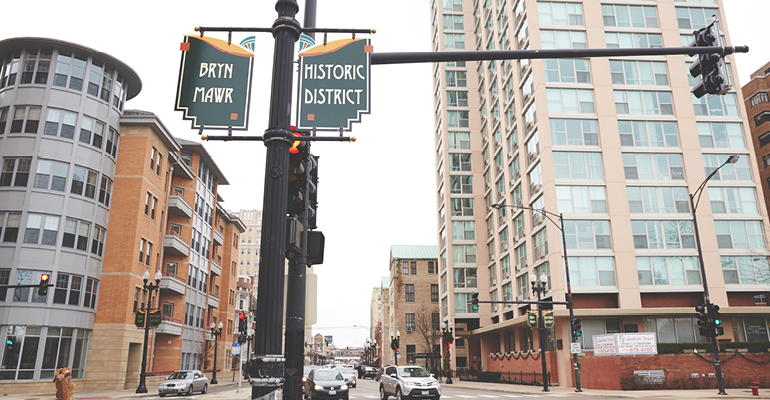 It’s said that Chicago is a city of neighborhoods, each with a distinct personality. When you explore the city, each neighborhood leaves a different imprint on you. As a recent transplant to Chicago, when creative director, Nico Roseillier, stumbled upon Edgewater, right along Lake Michigan, he was smacked in the face with inspiration. 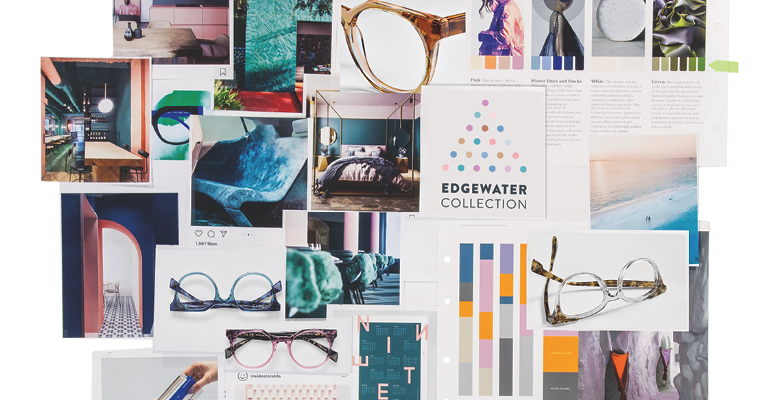 You may have noticed that each STATE frame is named for a Chicago street that, in part, inspired its style. After spending time in Edgewater, Nico knew he wanted to pay homage to the neighborhood with more than one new style, and so the idea for our first capsule collection was born.

This capsule explores Edgewater, where the intersection of the lakefront and surrounding buildings creates a color palette unlike anywhere else in the city. Nico’s design process is extremely visual. Images filed in his memory suddenly seemed to link together after a day walking around the neighborhood. You can see this manifested in the collection’s mood board. 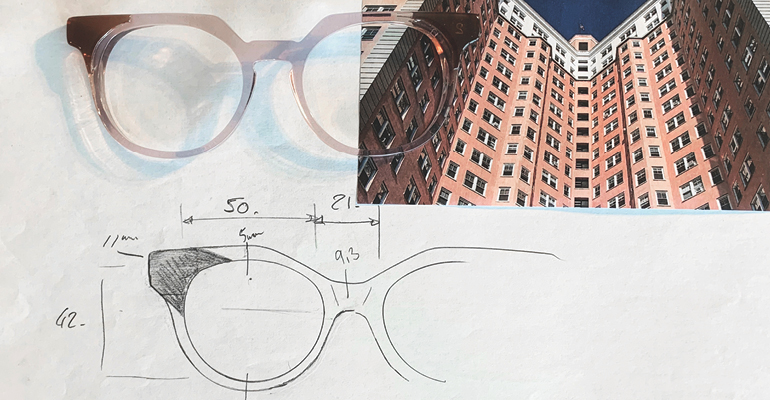 To capture his vision, Nico needed to start completely from scratch. The capsule deserved truly exclusive materials to communicate the unique feeling of Edgewater itself. Collaborating with Mazzucchelli, six custom-made laminated acetates were designed that spoke to Nico’s interpretation of this special area. To explore the idea of a neighborhood’s evolution, these six colorways were used in all four of the capsule’s styles – Magnolia, Broadway, Bryn Mawr, and Hollywood. (Can hyperlink to style pages when they’re live) Working literally steps from where product ideas are brought to life offered Nico an opportunity to experiment with design every step of the way. Letting the styles evolve along the way, the capsule truly started to take on a life of its own.

Working with these beautiful custom acetates posed new challenges for STATE’s 75 craftsmen as well. While most STATE frames are crafted from 6mm thick acetate slabs, the layers upon layers of color packed into the Edgewater acetates resulted in 10mm thick slabs. This could have easily been interpreted as an unreasonable wrench in the manufacturing, but the STATE craftsmen welcomed the challenge. This too speaks to the experimental nature of the capsule and meant that parts of the manufacturing would literally be turned upside down. 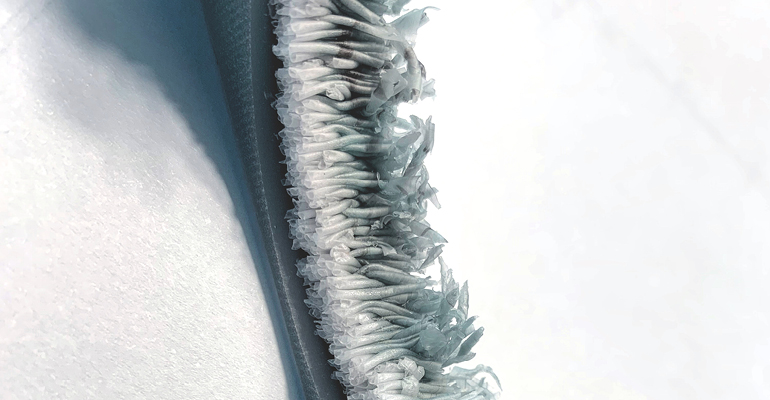 The depth of color of the Edgewater acetates lent itself to moments of impact in each style. Sculpting 10mm acetate pushed the craftsmen to think outside the box, rethink tooling, and ultimately make some of their cuts backwards. This is what exposed the crazy inner texture of the acetate slab pictured above. To emphasize the edgy vibe of the frames, the tumbling process was also reengineered to maintain sharper lines.

The resulting four styles not only beautifully express Edgewater’s vibe, they have helped STATE further advance American eyewear manufacturing. The name Edgewater was rather serendipitous as it also speaks to the capsule adding more edgy, forward designs to the STATE portfolio.

We are beyond excited to unveil the capsule, which includes three optical styles and one crossover optical/sun style, each available in four colors. The limited-edition styles still feature all of the signature STATE elements, including a custom OBE hinge and the painstakingly handcrafted temple tip that speak to the quality you can expect from all STATE frames. Pay special attention to the end pieces, where you can fully appreciate the coloration and sharp lines that are the heart of this capsule. Take a peek: 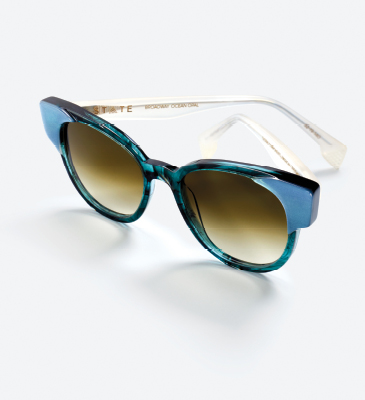 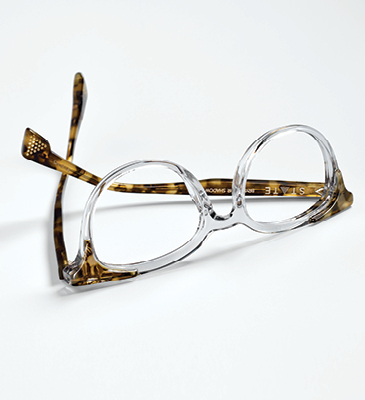 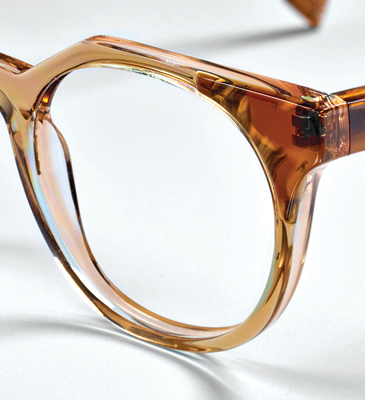